The raspèin cluster was on public display at the Corso di Laurea in Ingegneria e Scienze Informatiche, Via Sacchi 3, Cesena. <fc #dd3333>At the end of 2018, the cluster has been dismantled.</fc>

We were mainly interested in the scalability of distributed algorithms/mechanisms and in the design of fault-tolerant protocols. In other words, the CPU speed was not our main concern, but the number of interconnected devices is. Therefore, for our specific use cases a large number of cheap and slow devices was preferable to a small number of powerful ones. 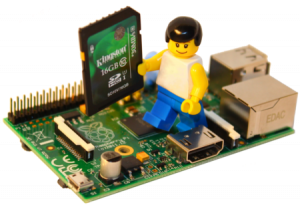